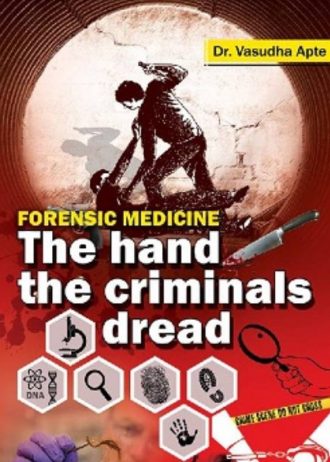 Nowadays, many films and television serials have introduced the concept of Forensic Medicine  to the general public. A forensic report of a crime plays a vital role in leading the investigators to the criminal and convicting him before the court. Despite great curiosity about Forensic Medicine, a common man knows very little about the subject. Dr. Vasudha Apte is an expert and a professor in the field of Forensic Medicine. She has helped the court in many complex and challenging cases.

To make the knowledge she imparted to her students or used to prove evidence in the court available in a very simple and lucid language for everyone to understand, Dr. Vasudha Apte authored a serial of articles on Forensic Medicine in the ‘Dainik Pratyaksha’. The essays in the serial were translated into English, and on 26 June 2017, in the presence of Shri. Praveen Dixit , retired Director General of Police, the Marathi and English articles were published in the form of a book. Many books could be available on this subject in English, but it is the first of its kind in Marathi.

Dr. Vasudha Apte, while carrying forward the legacy of her great grandmother, Ramabai Ranade , has accumulated thirty-five years of experience in the field of Forensic Medicine. She is the only female expert in this field in the state of Maharashtra. After completing her M.B.B.S., Dr. Vasudha Apte did M.D. after her marriage and also pursued L.L.B. She headed the Forensic Medicine and Technology  Department at Mumbai’s Nair Hospital  and Surat’s Institute of Medical Education and Research. She has also worked as a professor at the Topiwala National Medical College  attached to the Nair Hospital.

Former Director General of Police Shri. Praveen Dixit has penned the foreword of the book. He writes, ‘Although this book is written by Dr. Vasudha Apte for general readers, it is highly useful and excellent for those involved in the actual investigations. Thus, police officials can use it as reference material to eliminate lacunae in the cases they handle. The book discusses about 130 varied topics in detail along with their scientific basis, which is placed before the readers in a very engaging manner. The punishment awarded to a criminal becomes unquestionable when the person is proven guilty based on Forensic Medicine evidence. Scientific investigation into a crime is possible only with the study of Forensic Medicine. The cases in which no one comes forward with any information related to the committed crime or at times when the victim is no more or if a crime is committed within family, then it is only Forensic Medicine that can unearth the facts.’

Many of the laws have got amended post the publication of this book. Also, new information is made available with recent research on the subject. Diagnostics and treatment have also undergone changes. Yet this book could guide readers and throw light on various notions and misunderstandings about Forensic Medicine in society. 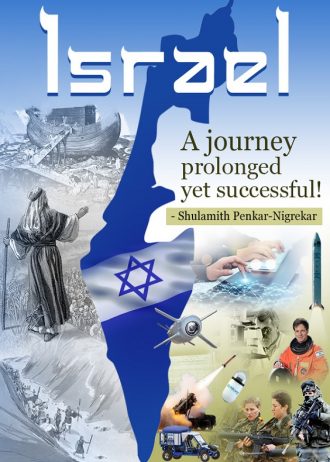 This book, ‘Israel: A journey – prolonged yet successful’, gives readers a deep insight into various aspects of the nation of Israel. It is a must-read for those who want to have wide-angle view of Israel’s undeniable importance at the global stage and its unique relationship with India. The book is authored by an Indian-Israeli woman, Shulamith Penkar-Nigrekar, who now resides in Tel Aviv.

The book brings to light the inspiring history as well as reveals aspects like religion, innovatiion, society, armed forces, economy, foreign relations of Israel and, of course, the progress that this nation achieved over the last 70 years that too in extremely adverse conditions. The book begins with the story of Abraham, the patriarch of the Jews and the vision of the Holy Land that God is believed to have given him. Further, it journeys all the way up to the period of the origin of ‘Zionism ‘and independence of Israel and eventually focuses of all the major wars the nation has fought and the development it has achieved.

In order to reiterate the significance of the book, we could refer to a paragraph from its foreword written by Dr. Aniruddha D. Joshi – “The coming times have in store, a huge outburst of war, of dissension along with that of man-made disasters and the world, could find itself gradually engulfed in its flames. However, should India and Israel stand together, joining hands firmly united, the competence to confront all these impending dangers, could be generated. Again, should Japan, the USA and Russia extend their hands to join in, in this handshake, the devastation resulting from all the above calamities, could be averted to a considerable extent. 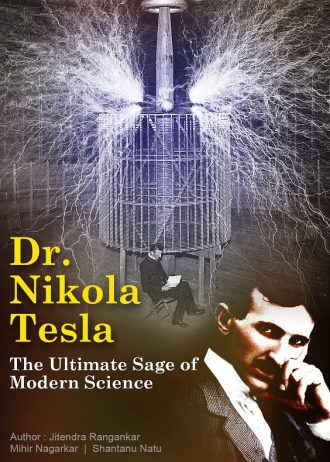 All the modern technology that has changed our lives for the better can be traced back to the research and inventions by an ingenious genius, ‘Dr Nikola Tesla’. A true legend that he was, terms such as Engineer, Inventor, Scientist, Physicist, Revolutionist, Visionary, Futurist fall short to describe the profound work and contributions made by this greatest scientist in the history towards the development of human kind.

Dr Nikola Tesla has to its credit, more than 700 patents and many more that he left unpatented with an intent to make them available for everyone.

Moreover, there were many other astonishing discoveries and findings that he did not bring to light deliberately fearing the risk involved, if fallen into wrong hands. His ground-breaking inventions include Alternating Current, Peace Ray, humanoid robots, television, remote control, x-rays, wireless power transmission, Time Travel, to name a few. Dr Tesla also aspired to provide free electricity to the whole world. This creative genius found the breakthrough in harnessing the power of electricity, consequently laying the foundation of the Second Industrial Revolution. He was known as the inventor of the Electric Age.

Born in 1856, a Serbian American, Dr Tesla displayed his brilliance and exceptional abilities since childhood. Having grown up in a religious family, he had an unswerving faith in the Almighty. And it was his faith in God that kept him going and never let troubles weigh him down. His life story is an extraordinary series of triumphs and tribulations, marred by envy, competition and losses. Despite witnessing unprecedented success, amassing wealth was never his goal, instead Tesla refused to get bogged down by powerful heavyweights who wished to accomplish their diabolical intentions using his research. His then, contemporaries tried to destroy him by all means but failed to dampen his spirit. With his unparalleled grit and never-say-die attitude, he rose like phoenix never to look back again.

However, over the course of time, this inspirational story of such a visionary who was centuries ahead of his time was manipulated to fade into oblivion. In 2014, Sadguru Aniruddha (Dr Aniruddha Joshi, MD Medicine, fondly known as Aniruddha Bapu in his discourse spoke highly about this humble yet magnanimous personality. Thereafter, a series of articles covering all facets of Dr Nikola Tesla was published in a Marathi newspaper ‘Dainik Pratyaksha’. In the foreword of this book, Dr Aniruddha Joshi writes, “Several call him ‘God of Science’. If you ask me, Dr Nikola Tesla is indeed the greatest scientist the world has ever seen. Moreover, the chances of someone able to match his achievements in future are almost next to nil.”

This book celebrates the life and achievements of Dr Nikola Tesla. The book throws light not only on his stupendous findings and experiments but it also acquaints its readers with the human side of the man who dedicated his life for our betterment- Dr Nikola Tesla.

This book is a compilation of articles originally published in a Marathi newspaper ‘Dainik Pratyaksha’. The articles in this book are translated and reproduced for the benefit of the readers. 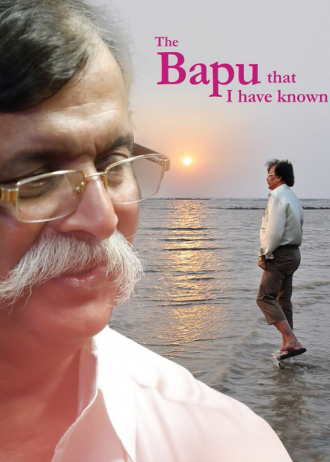 The Bapu that I have known – English

Sadguru Shree Aniruddha Bapu is a unique personality full of diverse and distinctive aspects! The 2012 and 2013 New Year issues by Dainik Pratyaksha titled, ‘The Bapu that I have known’, were attempts to fathom this extraordinary personality. People from various walks of life experienced came in close contact with Dr. Aniruddha D. Joshi starting from his school days, and till the time he was into full-time medical practice. This book brings before us the rich and diverse experiences from those times of many of these people. They personify the multi-faceted nature of Bapu before us. Moreover, a few experiences from recent years also feature in the book.

The collection of these articles in the form of a book, ‘The Bapu that I have known’, was published in Hindi and Marathi in the year 2017 on the auspicious day of Gurupournima. Later, the English version of the same too was released within no time.

By no means, a prediction of the

future, this thoughtful presentation of history

and the present situation, gives, to a certain extent, a

glimpse of the calendar of the ‘Third World War’